When it comes to mental disorders, 10% of our children are falling through the cracks.

Childhood mental disorders can include:

These disorders in children can lead in adulthood to:

Percent of children ages 3-17 who currently have a mental disorder:

An estimated 40% of children with mental disorders have more than one.

Mental disorders are among the most costly conditions to treat in children. The cost of mental disorders among persons under aged 24 in the U.S. is $247 billion. (including health care, use of services such as special education and juvenile justice, and decreased productivity)

• 1/2 – 2/3 of children with ADHD continue to have symptoms into adulthood.
• 50% of the doctors said they do not feel confident in diagnosing ADHD in adults, here’s why…
• Adults consider their problems to be the result of character flaws.
• Patients who live with AD/HD or ODD tend to assume that it is normal.
• Many people presume that ADHD is a male disorder in childhood.
• Everyone exhibits some of these symptoms some of the time.

MYTH: A child can manage a psychiatric disorder through willpower.
Truth: A disorder is not mild anxiety or a change in mood. Some parents resist mental health services for their children because they fear the stigma attached to diagnoses, or they don’t want their kids dependent on psychiatric drugs.

MYTH: Therapy for kids is a waste of time.
Truth: Research has shown that treatment interventions have the best results during the first few years when symptoms of psychiatric disorders appear.

MYTH: Children are over-medicated.
Truth: Skilled psychiatrists use great caution when deciding on a treatment plan that includes medication, which usually involves behavioral therapy. Medication is not the norm. Only 5% of children with psychiatric issues take medication.

MYTH: Children grow out of mental health problems.
Truth: Children are less likely to “grow out” of psychiatric disorders than they are to “grow in” to more disability. 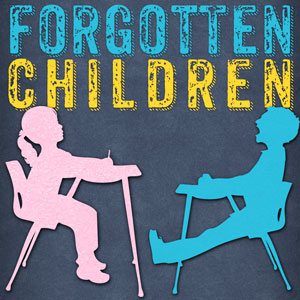