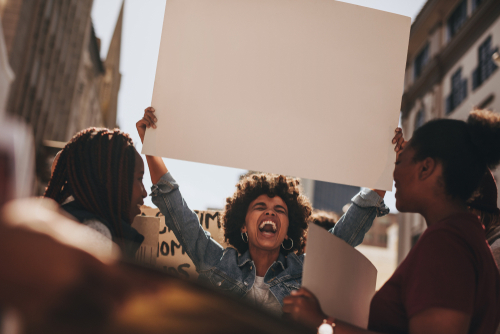 Throughout history, countless students have taken to the streets demanding changes to the status quo. They have been a voice and a banner-carrier for populations oppressed by strict or repressive government regimes. They have gathered together to demand better and fairer education for all. And they have set themselves up against senseless wars and violence. Bloodshed, injury and death did not deter them. They shook entire countries to the core, brought about much-needed reforms and re-shaped the fabric of entire societies. Here’s a look at 10 of the bloodiest student protests in history.

On May 3, 1968, a student protest at the Sorbonne University nearly sparked a revolution. Protesting against the closure of the University of Paris at Nanterre and the planned expulsion of a number of Nanterre students, Sorbonne University students took to the streets en masse. The students, teachers and supporters were also fed up with France’s outdated educational system and the lack of job opportunities for graduates.

Over a period of several days, hundreds of students battled it out with police in Paris’s Latin Quarter, setting up barricades, throwing rocks and braving tear gas. Discontentment with the political and economic conditions in France boiled to the surface, and what started out as a few student protests escalated into a month and a half of utter chaos, during which several people died and hundreds were injured.

Global unrest was rampant in 1968, and West Germany was no exception. Communist undercurrents were growing, universities were overcrowded, and a faction of the leftist party, under their anarchist-leaning leader Rudi Dutschke, was persuading the majority to take radical action.

More and more students began to go on strike. And things came to a head on April 11, when Dutschke was shot in the head three times by fascist Josef Bachmann, who called Dutschke a “dirty communist pig.” Dutschke sustained serious brain damage that eventually led to his death in 1979.

Enraged by the shooting and the Bild newspaper’s message to “eliminate the troublemakers,” 50,000 young people took to the streets and prevented the delivery of the newspaper. Police fought back with water cannons and officers on horseback, arresting over 180 students.

On May 4, 1970, a group of students at Kent State University in Ohio gathered to protest President Nixon’s invasion of Cambodia. Tensions were high, and the Ohio National Guard fired 67 rounds into the unarmed crowd. Four students died, one was paralyzed and eight others were injured. The deaths left the nation stunned, leading to both violent and peaceful protests across the country.

Over 450 educational institutions, from high schools to universities, were closed when a staggering four million students got involved. Mass havoc ensued, with protesters targeting ROTC (Reserve Training Officer Corp) buildings and burning or bombing them.

Protesters turned Washington into an armed camp, slashing tires, breaking windows and pulling cars into intersections. One student described the scenes as a more of “civil war” than a student protest.

Later, even more people were injured when incensed Vietnam War supporters retaliated against the protests.

On August 4, 2011, after months of protests, Chilean students rejected President Sebastián Piñera’s proposed education reforms, and the center of Santiago, Chile’s capital city, was declared “a state of siege.” In August alone, 90 military police were injured, 874 protesters were arrested, and an entire department store was burned down.

The blasts of water cannons, empty tear-gas canisters and thousands of furious students characterized the demonstration. Previous protests ran the gamut from pillow-fights and kiss-ins, to throwing Molotov cocktails and rocks at police.

The main goal of these massive strikes was to increase funding for public education: no new public universities have been built in the country since 1990, and these are swamped with a growing number of students seeking higher education.

Deep discontent over these social inequalities has led up to 200,000 students to demonstrate at a time. What’s more, over 500 police have been injured, one student has died, and approximately 1,800 students have been arrested since May 2011. The protests are ongoing.

After a long day protesting against the closure of reformist newspaper Salam, students from Iran’s Tehran University fell asleep in their dormitories. It was July 8, 1999, and social unrest was at an all time high – but things were about to get a lot worse.

A few hours after midnight, the students woke to an unprecedented attack. Plainclothes policemen and a paramilitary faction violently broke into the dorm. They shattered windows, set students’ beds and belongings on fire, and virtually destroyed the dorm. They left many students injured. One student, a visitor to the campus, was killed in the attack.

In the aftermath, the protests, which had previously been limited to college campuses, spilled out into the public arena and garnered the support of many ordinary citizens. The focus shifted to protecting student rights and protesting the dormitory attack. Police and vigilantes employed brutal force to crush the demonstrations, beating people with sticks and batons, detaining others and killing at least five.

Some of those who were detained were interrogated and tortured. The protests were crushed after five days. Yet, although they seemed to end in failure, these events laid the foundation for Iran’s independent student movement, which has been active in the country ever since.

Four students were shot dead and dozens more were injured by security forces at Trisakti University in Jakarta, Indonesia on May 12, 1998.

Earlier in the day, 6,000 students, lecturers and staff had gathered to demand that President Suharto resign. The economy in Indonesia was at an all-time low. But although the protest was peaceful, police blocked the demonstrators’ march, forced them back onto the university campus and indiscriminately fired on groups of students.

It may have even been live bullets that were used, although rubber bullets can still be fatal at close range. When the public learned of the killings, they rioted, burning people alive in buildings, looting stores and tearing up lampposts.

Although they’d turned out in protest of the killings, the riots soon turned far more sinister. Rioters began to deliberately target Chinese-Indonesians, resulting in a gut-wrenching 1,200 deaths. President Suharto resigned on May 21, 1998. Although investigation into the shootings remains open, the case has been stalled.

When their strike on November 14, 1973 elicited no response, students from Athens Polytechnic barricaded themselves inside the university, building a radio station using supplies from a laboratory. They broadcast across Athens, urging the people of Greece to join them in their stand against the military junta and dictatorship.

Thousands answered the call, gathering inside and around the university, in open counter-government revolt. They paid a high price. In the morning of November 17, 25 tanks rolled onto the streets and set themselves up in front of the University. Students requested permission to evacuate, but before the allotted time was up, one of the tanks crashed right through the front gates.

Others tried to flee and were taken out by nervous military snipers on the rooftops. The death toll came to at least 24, with hundreds more suffering injuries, and as many as 1,000 people were arrested. Within a year, the military junta had toppled and Greece celebrated free elections.

The Tiananmen Square Massacre is one of the most well-known and iconic student protests in history. On April 21, 1989, as many as 100,000 Chinese students poured into Tiananmen Square. And when an April 26 government editorial denounced their protests as “rioting,” students demanded that the editorial be retracted.

Students insisted their protests were patriotic and were afraid that the term “rioting” would result in government repercussions. Next, students organized hunger strikes and soon won the sympathy and support of thousands of students from the provinces, as well as other citizen groups. And at the peak of the gatherings, 500,000 protestors gathered in the square.

Meanwhile, the government leaders were in turmoil. They believed that to back down would be “a fatal show of weakness.” Seven weeks later, matters were getting desperate, martial law was instated and the People’s Liberation Army was ordered to clear the square.

On June 3, 1989, the 27th and 38th divisions of the PLA (brought in from the surrounding provinces) moved in and fired tear gas to break up the crowds. Troops were told not to shoot at the demonstrators, and most of them didn’t even carry guns.

The protestors, however, dug in and set up barricades. They threw rocks and, according to one source, “burned tank crews inside their tanks.” That night, the army returned, this time fully armed, shooting live weapons and famously crushing civilians under their tank treads. Fatality estimates range from the hundreds to the thousands.

October 2, 1968 was a tragic day for Mexico. The country was gearing up to host the 1968 Summer Olympics, and protestors, most of them students, had been using the months leading up to the games to attract the world’s attention to their repressive government. Their demands included the sacking of the police chief, independence for universities and the freeing of political prisoners.

As many as 10,000 students gathered in Plaza de las Tres Culturas in the Tlatelolco district for another day of planned peaceful protest. And although the rally was initially peaceful, the government immediately stationed military vehicles in the plaza.

Flares were fired into the sky and troops began to fire on the crowd. They may have even employed snipers to shoot the unarmed students and civilians below, at least 44 of whom were killed – although some estimates range between 200 and 300. It’s believed that as many as 1,345 people were arrested.

People fled into nearby houses and apartments, but the military searched house by house for survivors. Tragically, not all of the victims of the massacre were even protestors. A lot of people were just passing through, in the wrong place at the wrong time.

In 1974, the South African Department of Education decreed that Afrikaans was to be used in schools. It was given equal standing with English and placed over the native Bantu languages of the black population. Many African teachers couldn’t even speak Afrikaans, and students found their grades declining. Worse still, Afrikaans was closely tied to Apartheid and was considered the “language of the oppressor.”

On June 16, 1976, thousands of students walked out of their classrooms and headed for the Orlando Stadium, to take part in a rally planned by the Soweto Students’ Representative Council’s (SSRC) Action Committee. They were unarmed and mostly peaceful, although a few threw rocks.

When one policeman fired his gun, everyone panicked. Police set their dogs on the children, who reacted by stoning the attacking dogs to death. So, the police began firing directly into the crowd, killing at least two students and injuring hundreds more, stirring the crowd into a frenzy of destruction.

On June 17, 1,500 heavily armed police rolled in and patrolled the streets of Soweto on foot, in armored vehicles and from helicopters. The South African army was put on standby, as a show of military force.

The official death toll is generally believed to be 176, but some estimates put the figure as high as 600. Although it would be another 14 years before Nelson Mandela was released from prison, these protests strengthened black resistance, helping pave the way for change.